One of the main problems that parents sooner or later have to face is their children’s tantrums. They usually appear around two years of age, although they usually reach their peak between three and four years, and in many cases they last until seven. Without a doubt, this is a critical stage in child development that is difficult to deal with.

Why Do Children Have Tantrums?

Basically, tantrums are a child’s way of expressing anger or anger. What happens is that from the age of two the little one begins to be aware of their autonomy and wants to enjoy their independence. However, when he can’t do it because he hasn’t developed enough skills yet, he becomes frustrated and angry. Obviously, as he does not yet have great emotional control since his prefrontal cortex, which is in charge of regulating emotions, is still immature, it is normal for him to express his anger and frustration in a very basic way and “explode” as if it were a volcano in full eruption.

If we add to this that the child at this age is already capable of establishing cause-effect relationships and drawing his own conclusions, it is not surprising that if he realizes that with a tantrum he achieves what he wants, he assumes it as a strategy to achieve its purposes.

Obviously, it is not an easy task since it requires a lot of perseverance and, above all, patience. However, there are some very easy techniques to implement that can help you deal with your child’s tantrums and teach him to manage his emotions. One of these techniques is the rage box.

The Rage Box: What is it?

The rage box is a technique designed by the Spanish psychologist Marina Martín that is based on the children’s story “Vaya Rabieta”, by the French writer Mireille d´Allancé.

The story is about Roberto, a boy who has a bad day as he receives several reprimands, so he ends up getting frustrated and expresses his anger with a big tantrum. In the story, the tantrum is illustrated as a great monster that comes out of the child and controls all his actions, destroying everything in its path. However, when Roberto realizes the damage he is causing, he decides to fix everything he destroyed. Thus, as he fixes things, the monster keeps getting smaller and smaller until it is so tiny that Roberto locks it up inside a box to never let it out again.

This is precisely the central idea on which the anger box is based, a perfect technique to teach children to be aware of their own emotions, recognize the impact they have on others and learn to regulate them, through emotions. graphic arts.

How To Apply The Rage Box Technique?

The rage box is a very easy technique to apply. Basically, every time the child has a tantrum or feels frustrated, they must express their anger in a free drawing, a strategy that will allow them to channel their emotions, relax accumulated tensions and relieve frustration.

By the end of the drawing, your anger has likely passed as well. Then the child must contemplate what he has drawn to raise awareness of the emotions that he has captured on paper, at this time he may be asked to make “hands” and “feet” to his drawing so that he can personalize his monster of rage, which will make the technique even more fun. He must then crumple the paper, and with it the character, and deposit it in a box with a lid so that his monster of rage does not come out again.

The most important thing about this technique is that the child makes his negative emotions aware and that he learns to control them in a simple way. This simple strategy will help you redirect your anger into more positive emotions, while teaching you to control your outbursts of anger or aggressiveness.

Safety Tips For A Baby Bath

Baby bathing is a completely new experience for the parents who are first times baby journey. Bathing time could be fun but only when you are cautious about the dangers and risks involved in it. Baby bathing needs to be done with utmost care and precaution as even a little carelessness could lead the consequences that no one would ever desire to happen. You should know about the various safety measures that should be adapted while taking your baby for a bath. Have a look at the safety tips mentioned below: 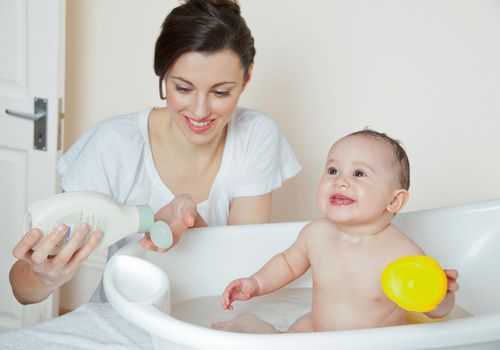 Thus, these are the important aspects that you need to consider while you are taking your baby for a bath.

Pets are not only animals that live with us, pets are part of our family and, whether they are with us or not, they will always be part of our lives. When a pet comes into our lives, the time that is by our side will be teaching us great things and also, it will be giving us the greatest gift: unconditional love. Children connect with pets differently than adults, and the pain they feel at their loss is also very real.

When a pet leaves, whatever the circumstances, it will always leave a big hole in the lives of the people who lived with it. And yes, grief is also passed over a pet … Because the emotional pain felt is very hard, they are loved, respected and missed when they are no longer with us.

The anger, the sadness, the pain … your child will witness all this, do not try to hide it. Emotions should not be hidden, they should be our teachers. Emotions help us channel all the whirlwind of emotions we feel and give meaning to what our heart expresses. Sometimes adults can feel upset when they try to make sense of their own pain and at the same time need to know how to comfort their children as well.

Pets Are Part Of The Family

For children, pets are part of their family. They feel they are an integral part and are important to them. Children have a great connection with their pets, they feel like friends, like ‘furry’ brothers. They are undoubtedly your companions as they grow. There is research that states that children between the ages of 6 and 13 understand that pets live a short time compared to people.

But even being aware of this, the pain at the loss of a pet can be so great that they feel renouncing to accept their departure. Your kids will ask you why they can’t see their pet again. Also, children who suffer the loss of their pet in a traumatic or unexpected way, it is more difficult to reconcile the feelings of loss.

Your children need to know the truth, do not paint death as something beautiful, do not tell them that their pet has gone to a better place, because for your child it would be an emotional abandonment. The truth is the best way for your child to trust you later. His body has stopped working and when a body stops working it cannot be seen anymore, because it disappears.

But that does not mean that the pet ceases to exist, because it is in the hearts of the people who have loved it. If your child is very young, you can also tell him that his pet has died, but that it is as if he has become a star… In this way, he will be able to remember it every night.

You may be tempted to cover that pain with another pet quickly, but it is best to wait to overcome the grief and that the feeling towards the pet is always from the affection and gratitude for all that it contributed to you in life. And after this, then you can think of another pet … But no other pet will erase the memories of the first one.